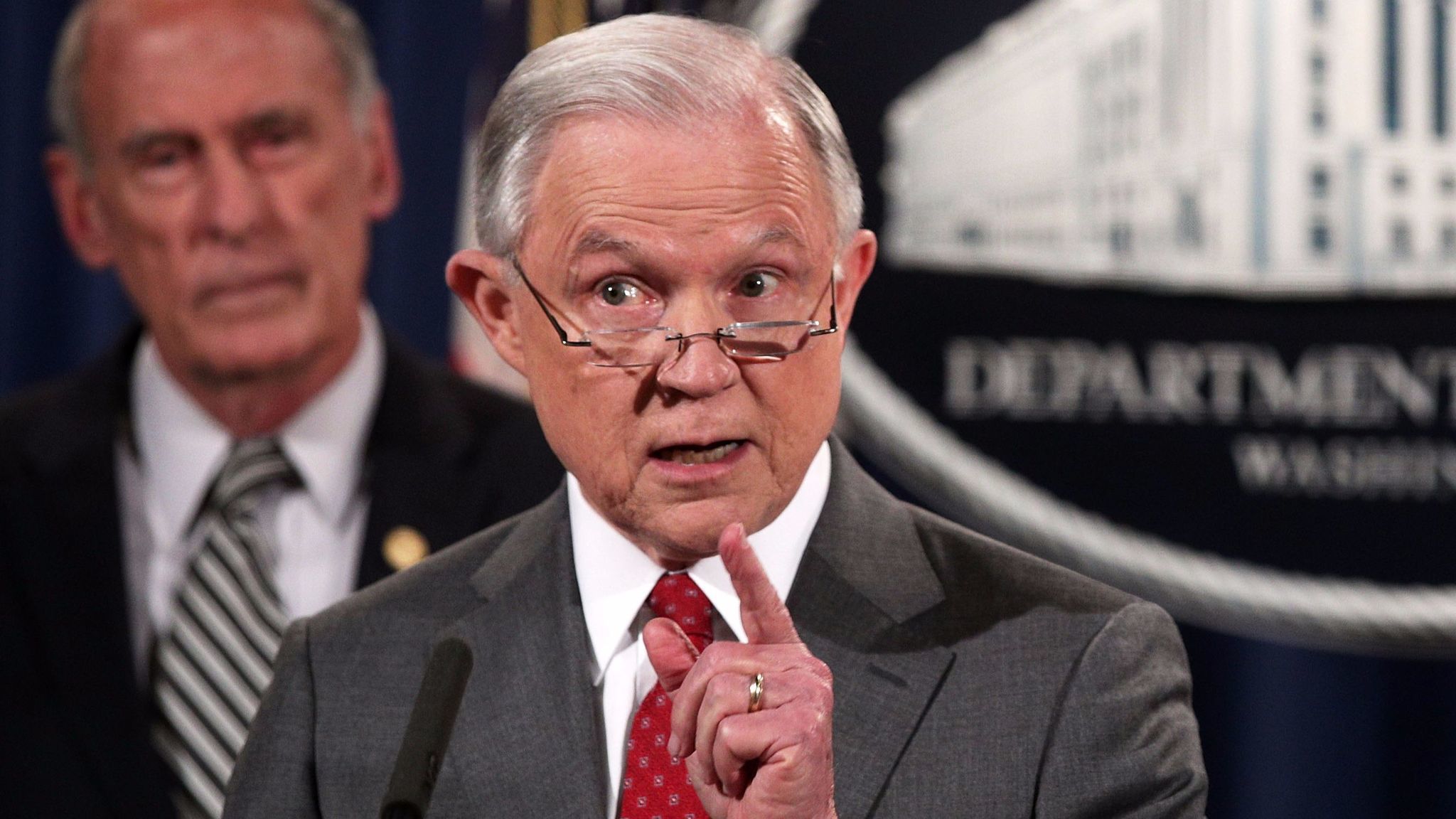 Atty. Gen. Jeff Sessions gave a speech assailing “sanctuary cities” Tuesday in Portland, Ore., as protesters countered him outside.  Jeff Sessions did a great job attacking the liberal California bill that the Governor Moonbeam Brown is expected to sign.

There is no secret on how I feel about the sanctuary policies of the State of California.   This is one of the driving forces in my getting my CWC License.  It takes quite a bit of time in California to push through the red-tape but citizens that want to be able to protect themselves from this liberalism have to do something.

I want the ability to defend myself.  California has made it so thugs and criminals now have the upper hand.   They are providing free legal defense funds for illegal immigrants and turning them into the street to murder, rob and commit heinous crimes.

I hate what the liberal Oligarchy has done to this state.  There are many beautiful areas of the state that are wonderful to live in.  It is now becoming a choice of living in a beautiful area of the state near Lake Tahoe or moving over the border into not so beautiful Nevada to enjoy my constitutional rights.     For someone who loves the mountains and trees it is hard to think that I will have to move to an area devoid of trees.  I guess one could get used to farm land if it meant lower taxes, personal freedoms, the right to carry and leaving the liberal idiots behind.   It is a serious consideration.

California will continue to cave to the illegals, continue to raise taxes in every way it can and remove the constitutional rights of Americans.   The door will be wide open for those that want to leave the state.   Nevada, Utah, Wyoming, Montana and Idaho all welcome conservatives.  Time will tell.